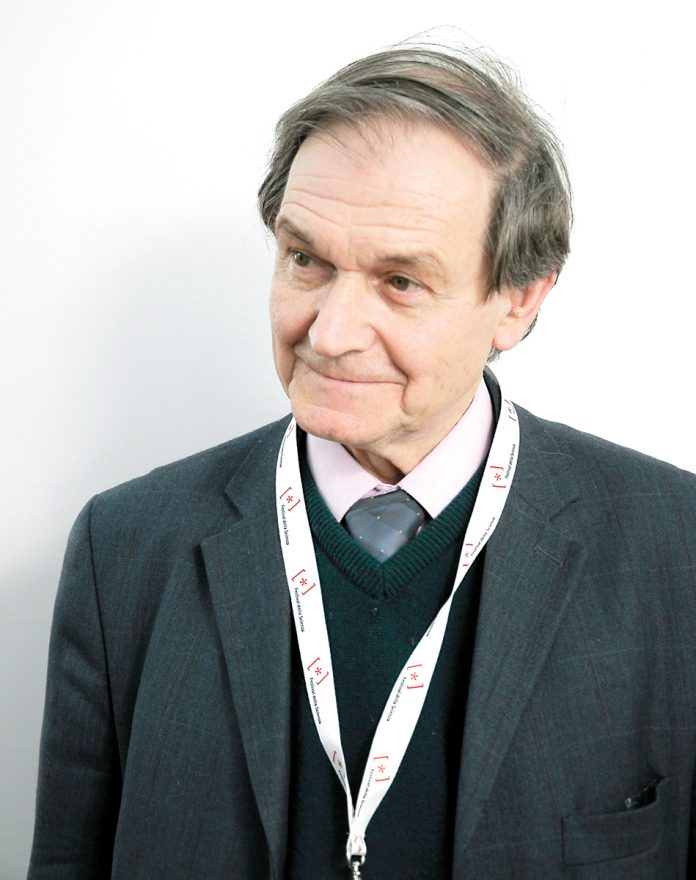 On October 6, The Royal Swedish Academy of Sciences declared that half the Nobel Prize in Physics for 2020 was awarded to Roger Penrose, University of Oxford, UK, “for the discovery that black hole formation is a robust prediction of the general theory of relativity”, and the other half jointly to Reinhard Genzel, Max Planck Institute for Extra-terrestrial Physics, Garching, Germany and University of California, Berkeley, USA; and Andrea Ghez, University of California, Los Angeles, USA “for the discovery of a supermassive compact object at the centre of our galaxy”.

Indians need to know that the real foundation leading him to that honour was laid by unsung Indian physicists AK Raychaudhuri and CV Vishveshwara. Penrose and Hawking even referred to ‘Raychaudhari Equation’ in their work.

Justifying their selection, the Academy said: “Roger Penrose used ingenious mathematical methods in his proof that black holes are a direct consequence of Albert Einstein’s general theory of relativity. Einstein did not himself believe that black holes really exist, these super-heavyweight monsters that capture everything that enters them. Nothing can escape, not even light. In January 1965, ten years after Einstein’s death, Roger Penrose proved that black holes really can form and described them in detail; at their heart, black holes hide a singularity in which all the known laws of nature cease. His groundbreaking article is still regarded as the most important contribution to the general theory of
relativity since Einstein.”

American theoretical physicist Lee Smolin whom I saw closely following Roger Penrose in Goa, wrote on the 2010 book by Penrose, ‘Cycles of Time’:“No living physicist has yet made a discovery as great as those of Isaac Newton or Albert Einstein, but Roger Penrose is in a better position to do so than most. Combining a mastery of mathematics with trust in his own research compass, Penrose – a mathematical physicist at the University of Oxford, UK – is driven by a heroic obsession to understand fundamental puzzles about nature. The depth of his thinking and fertility of his creativity concerning the mathematical foundations of modern physics place him above his peers”.

It was a beautiful day in December 1987 when I had first encountered British mathematician and relativist Roger Penrose leaving his room at Panaji’s Hotel Mandovi and taking the red carpeted staircase to attend the technical sessions of the first International Conference on Gravitation and Cosmology (ICGC-1987) which began on December 14 and concluded on December 19. The proceedings of that historic conference were published in the 1988 book ‘Highlights in Gravitation and Cosmology: Proceedings of the International Conference on Gravitation and Cosmology, Goa, India, 1987 which was edited by Iyer, Kembhavi , Narlikar, and Vishveshwara. I greeted him as we proceeded to the hall and told him that I found his work with Stephen Hawking on black holes and his popular science articles and ideas like Penrose triangle and tiles very fascinating. He was pleased to know that I was looking forward to his public lecture on Dutch Surrealist painter MC Escher. Whoever were present later that evening in the hall of the hotel and heard that lecture illustrated with 35 mm colour slides would be happy to know that Penrose finally got the Nobel Prize 33 years later at an age of 89.

That evening Penrose showed how art and science could complement one another. Penrose was in love with Goa and full enjoyed ICGC-1987. I think at that time he was working on his book ‘The Emperor’s New Mind’ which was published in 1989.

We still remember the vision of Roger Penrose who presented a superb lecture on ‘New directions in quantum gravity’ which was followed by the only workshop during ICGC-1987 on ‘Quantum gravity and new directions’ conducted by Lee Smolin and D Brill. Looking back 33 years and recalling these events it feels great that the man who started it all – several new ideas in quantum physics, mathematics and relativity – Roger Penrose sitting quietly in the hall with 90 other delegates, listening with attention to what the young astronomers were presenting and taking notes and then during coffee and lunch breaks fertilising the minds of delegates. For me, it was an unforgettable scene of history being created on the banks of River Mandovi during December 1987. We knew that among the delegates assembled for ICGC-1987 there were several like Sir Fred Hoyle who had missed the Nobel Prize for strange reasons. It is a fact that Dennis Sciama who worked under Nobel laureate Paul Dirac, had established a school of astrophysics at Cambridge University which had inspired Roger Penrose but the prestigious Nobel Prize eluded him. The whole world knows that as teacher and guide it was Dennis Sciama who had inspired Stephen Hawking to work on singularities and the beginning of time.

It appears that by awarding the Nobel Prize in Physics this year to Roger Penrose the academy symbolically honoured Dennis Sciama and his famous students Stephen Hawking and Martin Rees.

The mental health perils of a pandemic

The story of a Goa-founded congregation