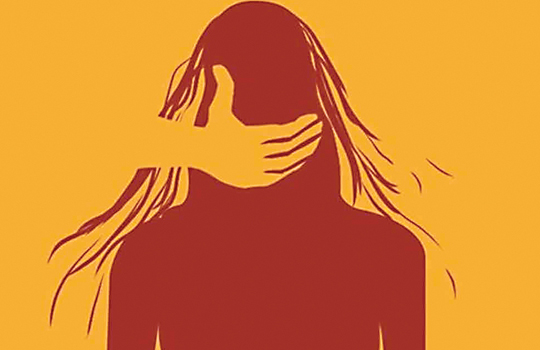 In the second part of the series, NT NETWORK attempts to understand why commercial sexual exploitation continues to prevail in the state, and how the pandemic has affected the survivors

While ARZ (Anyay Rahit Zindagi) has been working in Goa since 1998 to rescue and rehabilitate victims of human trafficking for commercial sexual exploitation (CSE) and child sexual abuse, there are several challenges.

Besides facing threats from those running and benefiting from the market, the lack of services for the victims back in their native places usually contributes to re-trafficking, says founder member, ARZ, Arunendra Pandey. Other challenges include delay in trials results in on-participation of the victim, low conviction rate, and limited resources to provide services to the victim.

Further, the girls from Goa rescued from CSE has an added disadvantage as they get recognised as being previously into prostitution and then face stigmatisation and discrimination

But the government has taken various good initiatives to combat human trafficking in Goa, believes Pandey. “Police has been regularly conducting rescue. The girls rescued are admitted at the government state protective home. In Goa the inquiry by magistrates are conducted, in a victim friendly manner,” he says.

However, he adds, unfortunately, Goa does not have a special court for the trial of human trafficking cases. “It takes around three to four years for the human trafficking cases to come for trial. Meanwhile, the victim usually returns to her native state/country and is not available for deposition in the court. In the absence of the victim, the case becomes weak,” he says. Thus, arrest and prosecution is not working as deterrent for the traffickers as the conviction rate is very low. And most of the traffickers are found to be habitual offenders, he adds.

There is also a failure to act against those who create demand for commercial sexual activities, he says, adding that until action is taken against the clients, sex trafficking to Goa will not be controlled. “There is a need to understand that sex trade exists because of demand. To control the market, it is very important to act against the customers who are creating the demand and pimps who are addressing the demand by ‘supplying’ girls,” he says. To do this, he says, when the victim is rescued and the pimp is arrested, the police can check with the victim and the pimps about details of customers and file cases against them for buying sex.

“Also, the main traffickers are based outside Goa, and usually action is not taken against them and they continue to traffic girls to Goa,” he says. This has to be dealt with as also the need to tackle the challenge of online commercial sexual activities, he says.

The roads might be empty, sans tourists and much movement, but there’s still illegal activity that is being carried out in the dark, behind closed doors. “Sometimes raids are conducted and rackets are busted. But, there’s prostitution that goes on and law makers and enforcers know, but are silent, until forced to act upon,” says a businessperson from the North Goa tourist belt.

As stated by ARZ, in the last five years (2014-2019), victims rescued in Goa from Commercial Sexual Exploitation belonged to 24 states of India. “It appears that there is an organised network spread across the country. Many of the women trafficked to Goa are sent by the traffickers from their states by giving the reference of the local trafficker whom they have neither met nor seen,” informs Pandey.

In case the girl is rescued by the police, the traffickers switch off their mobiles and change the SIM. Thus, it has become increasingly difficult to arrest the persons involved in the exploitation of the girls.

Pandey states that there have been few cases of re-trafficking (where girls were rescued for a second time in Goa) and that the main reason seems to be that after the release from protective home the victim contacted the perpetrator for their property which was not retrieved at the time of rescue, or to collect the balance money owed to them.

Also, in some cases they found it difficult to stay back in their home towns/villages as after their rescue their family, neighbours and the village found out about their involvement in commercial sexual activities and the women face stigma.

Likewise, in some cases, the reason for re-trafficking was lack of livelihood options and psychosocial services at their native place.

Thus, it is also up to the common man to help combat sex trade in Goa. And creating acceptance of women in prostitution as victims and offenders is the first step. “We look down upon such women and mock them,” says a social work teacher, adding that men should also stop buying sex. Renting out places for extra bucks for commercial sexual activities should also be discouraged among people.

“Why keep quiet and watch the tamasha and pretend like it’s not our business?” says the social work teacher, adding that police should be informed and assistance should be provided to rescue girls by volunteering to be panchas and witness.

The lockdown has caused a new challenge before ARZ (Anyay Rahit Zindagi), to ensure that the survivors do not get re-trafficked. Thus, to prevent this, the organisation has initiated an intervention called Saksham.

‘Saksham’ which means ‘Capable’, aims to make survivors capable of protecting themselves, and prevent their re-trafficking and exploitation by providing counselling, ration, and financial
support.

Saksham had two components – to understand the situation of survivors of CSE, caused due to COVID-19, and to provide psycho-social and relief services to survivors in Goa and outside Goa to prevent re-trafficking.

Lured with hope of employment

When Ratna (name changed), 22, was offered a job at a Vasco salon with a salary of `15,000, she was overjoyed and did not think much about the condition laid down that she would have to work there for at least a year.

It was only upon joining that she realised that it was a unisex salon. A few days in, she was asked to provide massage service to men visiting the salon. When she hesitated, she was threatened and forced to provide massages and extra services (sexual services) to clients.

Ratna was helpless as she couldn’t quit due to the contract clause and threats that her parents and friends would be informed that she has been providing sexual services to men. She was finally rescued by the police and admitted at the protective home. After her release, she shifted to her native place in Pernem.

After a failed troubled marriage, love blossomed again for Muneera (name changed) when she met a boy in a market. The boy expressed his desire to marry her but stated that he wanted to be financially stable before that. Hence on the pretext of starting a business, he asked her for money. Against her parent’s advice, Muneera sought out some money lenders to arrange for the required money. However, the boy spent it all drinking and gambling and then left her. While she was being pressured by the money lenders to pay back the loan, a woman in Vasco put her in touch with a pimp in Margao. Out of desperation she contacted him.

It was only after Margao police received information about prostitution that Muneera along with other girls were rescued and the pimp arrested. Muneera was admitted at the protective home, where she met an ARZ counsellor. Counselling continued even after her release from the protective home with Muneera and her family members. Today, Muneera, who is now 25 years old, has started a small business with her parents’ help.

“Health and education can uplift people”

Panaji, seen through its homes