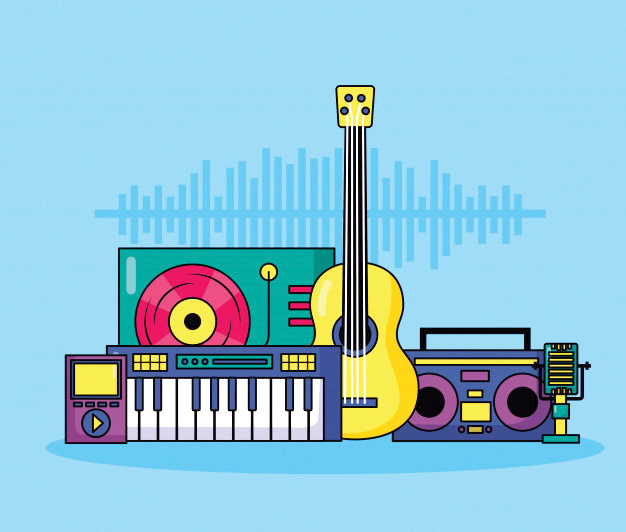 A group of school students is among the top 10 finalists of a national level competition ‘Band-It Festival 2020’. NT KURIOCITY gets details

Each of them is individually interested in music. In fact, they have previously come together for school assemblies. However, the ‘Band-It Festival’ is the first time that Smyrna Paul (keyboard, vocals), Dalilah De Souza (vocals), Mark Monteiro (rhythm guitar, vocals), Aryan Bhobe (electric guitar), and Nikhil Kavlekar (percussion), all Class 10 students of Sharada Mandir School, Miramar, have come together exclusively to compete as a band called ‘Panik! At the Kazaar’.

And it all began when Paul first learned about the contest from the western music teacher in school. “My friend Dalilah and I immediately decided that we just could not let this opportunity go. So then we started asking our friends who were also into music and soon enough, Mark, Nikhil, and Aryan became a part of this,” says Paul adding that after forming the group and choosing their song, they were yet to think of a band name. “Dalilah and Nikhil tried using a band name generator but the results were quite hilarious. After some thought, we came up with the word Panik since it had reference to a meme. It was then Aryan who said, ‘Guys, why not Panik! At the Kazaar’ and we loved it; why not add in a bit of Goan touch?”

‘Band-It Festival’ organised by Furtados School of Music in Mumbai, is reputed to be one of the country’s biggest inter-school band competitions wherein several bands come together each year to take the title home.

All participating band members have to be in the age group of 10-15 years old, the chosen songs should have no vulgar or inappropriate language in it, and at least one member of the band needs to have either an Instagram or Facebook account.

This year for the preliminary round, participants were required to make a music video and upload the same on social media tagging Furtados School of Music. They also had to send the video to the organisers in Mumbai.

Paul and friends decided to perform on the song ‘Mirrors’ by Justin Timberlake. “We were only allowed to play live music and record. No form of synthesising was allowed. Since it was difficult for all of us to meet, and also considering the safety of every person, we decided to go ahead with a virtual video as that was the current trend,” says De Souza. Even so the band had to take care with regards to audio and the video quality as they would be judged on the basis of showmanship and perform.

The group practiced singing to a fixed metronome and on a particular scale, keeping the chord progressions and song structure in mind for the musicians. “It definitely was tough, it took a lot of work, having to do the audio and the video individually and then putting them together without sounding terrible. All the members had to record their individual parts and finally the audio was put together by Mark. We submitted it on August 8,” says Bhobe.

But, they admit, they weren’t expecting too much to come out of it, given that this was a national level competition with widespread participation. Also, this was the first time they were doing anything as a band. “But soon after we uploaded the video, we realised that we had put in quite a lot of work in the song and our video was reasonably good. The response we received was overwhelming and this actually managed to push us harder to prepare for the finals,” says Kavlekar.

Now, the band is gearing up for the finals which will be held on August 29 on Zoom, for which tickets are available on BookMyShow. “Our key focus is to reach the podium finish but definitely not to miss the excitement and learning from the entire journey. We most definitely had fun and made use of our time in lockdown to the best,” says Monteiro, an up-and-coming songwriter who has already released two original singles on all music streaming platforms, the last one ‘Lost’ being released a week ago.

More than a classroom