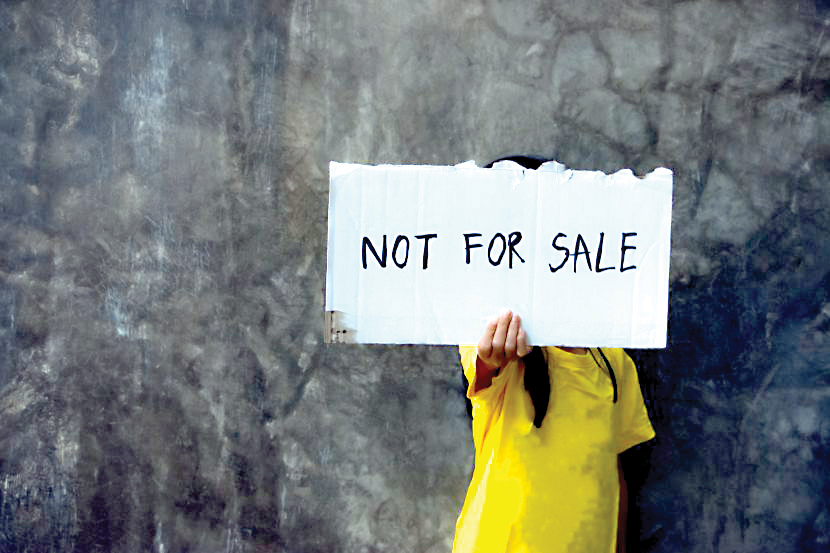 Although Mumbai and Kolkata head the list of highest cases of trafficking of women and children, in Goa, the situation also remains grim. In a two part series, NT NETWORK examines the issue in the state

Despite the pandemic, there have been raids conducted, victims of prostitution rackets rescued, and several cases of how human right have been violated.

But there are several people on ground, including the police and NGOs, who working to fight it and preserve the sanctity of human lives. These individuals identify, support and seek justice for survivors of trafficking, work on rehabilitating them and challenge the impunity of traffickers

In fact, the United Nations which annually observes July 30 as a day against human trafficking chose to turn the spotlight this year on first responders and the challenges they faced during the COVID-19 pandemic.

In Goa, ARZ (Anyay Rahit Zindagi), a social organisation has been working with other agencies to combat human trafficking in various forms, with strict measures in place under the protocol developed by United Nations Convention against Transnational Organised Crime and the Protocol to Prevent, Suppress and Punish Trafficking in Persons; especially among women and children.

ARZ is the nodal NGO in the Integrated Anti-Human Trafficking Unit, set up by the Goa Police for the purpose of providing witnesses, conducting rescue operations along with police, training and counseling of rescued persons, assisting in interviews of rescued persons, networking with other NGOs for all activities, empowerment of rescued persons and ensuring their proper rehabilitation.

Working closely with the system, ARZ, headed by the organisation president Arunendra Pandey, has in its tenure so far been able to rescue and give victims new life and rehabilitate them.

But COVID and the dead tourism season and weekend economy has added to the woes of sex workers, those rescued earlier and those who have been trafficked. “Individuals and families across the region, class, and occupation have been affected economically and the worst affected due to COVID are the survivors of CSE (Commercial Sexual Exploitation),” says Pandey.

In fact, he says, a large number of victims of CSE, who have exited and joined alternative livelihood, today, find themselves without job and financial support. “They do not have money to pay rent, buy ration, pay medical bills, school fees, etc,” he says.

With most of those rescued being the sole bread earning member of the family “the loss of employment/source of earning, has made the survivors of CSE, today, even more vulnerable to re-trafficking,” Pandey points out.

He states that at such times, pimps take advantage of the situation and lure the girls by paying an advance fee which helps the victims manage their house expenses during this crisis.  However, the advance is paid which a condition that they will later have to engage in Commercial Sexual Activity.

This is a huge setback not just to the organisation working for them, but to the individual persons who face hell- having to go back to a trade and get exploited despite knowing the pain, and the effects on their physical and mental being.

ARZ thus provides employment to the victims of sex trafficking from Goa at Swift Wash Mechanised laundry Unit (A rehabilitation unit of Arz for the victims of CSE) and also provides them with ration to prevent them from being re-trafficking.

In fact, the NGO has rescued several survivors in Goa, who belong to various other parts of the country and makes sure that they are all connected to local service providers in their state for ration, medical expenses and school fees. “In cases where there is no local service provider, ARZ transfers money to the account of the survivor to buy ration and manage other household expenses to prevent their re-trafficking,” says Pandey.

In fact through the network of ARZ, some girls have been provided with jobs at their native place to help sustain the lives and ensure they don’t have to worry about reliving the past that they have left behind, though, Pandey says, this does haunt several of them.