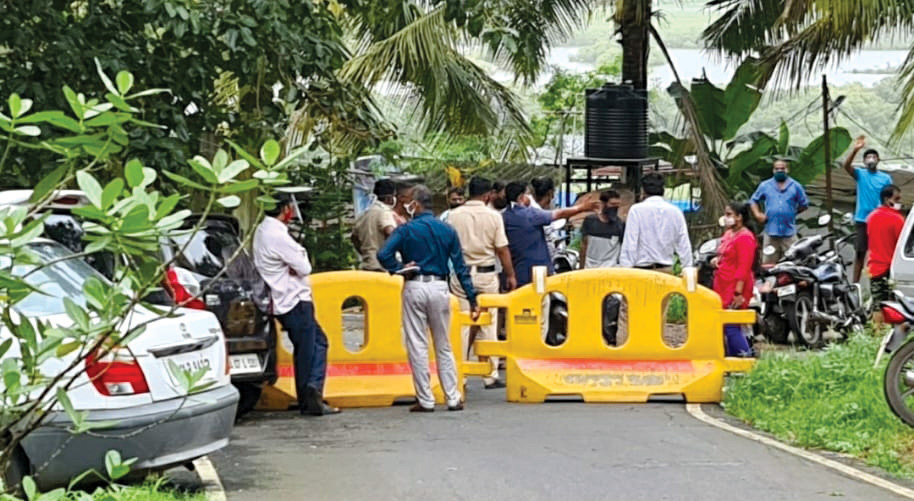 Commotion was witnessed at Altinho in Panaji on Friday as ten COVID positive persons refused to shift to a care centre even as a total of 17 new cases were detected in and around the capital city on Friday.

According to city Mayor Uday Madkaikar, ten cases have been reported at Altinho, behind the Goa College of Architecture, while three cases have been found in a colony at Bhatulem and two each in Dona Paula and Caranzalem.

Speaking to this daily, Madkaikar said that of the 112 throat swab samples collected from Altinho on August 5, ten have tested positive for COVID. He said the residents, who tested positive, however, refused to comply with the directions of the health

authorities when they were asked to get into a vehicle so as to shift them to a COVID care centre.

The Tiswadi mamlatdar was compelled to seek help from police, while the city Mayor also talked to the patients and after convincing them, they were later shifted to the Bambolim COVID care centre.

Madkaikar said that a family of four including a two-month-old baby has shown mild symptoms of the dreaded virus and they have been home-quarantined. He said the health authorities will once again collect throat swab samples of the family members to test them again.

With the spread of the infection to new areas, 30 more houses have been brought under the sealed area in Altinho, taking the total number of houses under such area to 60.