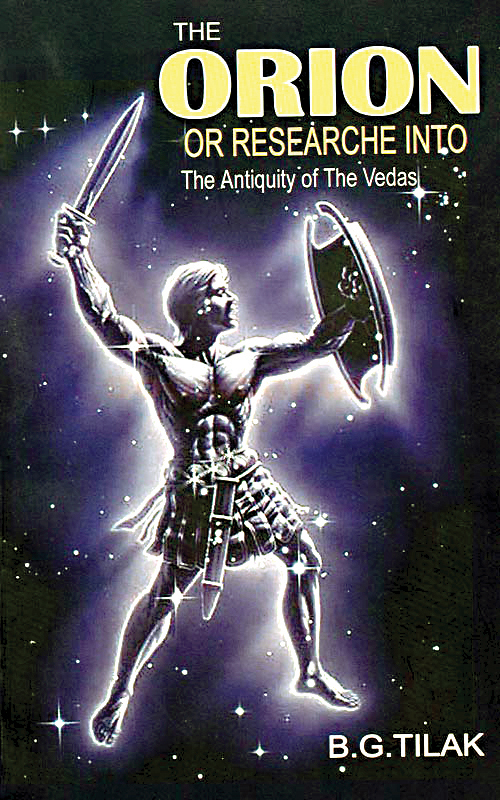 It was raining heavily on August 1, 1920 in Mumbai when one of the greatest stalwarts of India’s freedom struggle, Lokmanya Bal (Keshav) Gangadhar Tilak (July 23, 1856 (Ratnagiri) – August 1, 1920 (Mumbai)) succumbed to pneumonia. He was suspected to have contracted malaria two weeks before death. The nation is observing his death centenary from August 1.

Most of the focus by people when they talk about his life and work is on his political and journalistic contributions and his world-famous commentary on Bhagavad Gita. Lesser known is his interest in ancient Indian mathematics, Vedic calendars, and archeoastronomical calculations. At the age of 21, he obtained his Bachelor of Arts in first class in Mathematics from Deccan College of Pune. He developed curiosity about the original home of the Sanskrit speaking Indo-Europeans and dating of the Vedas. In 1893, he published a 237 pages monograph titled ‘The Orion or the Researches into the Antiquity of the Vedas’. Interestingly his publisher was a woman bookseller Radhabai Sagoon from Mumbai. In the preface of the book he mentions: “About four years ago, as I was reading the Bhagavad Gita, it occurred to me that we might derive important conclusions from the statement of Krishna that ‘’he was Margashirsha of the months’. This led me to inquire into the primitive Vedic calendar, and the result of four years’ labour is now placed before the public.”

Astrophysicist Jayant Naralikar wrote a beautiful article ‘Lokmanya Tilak and the astronomical dating of the Vedas’. He explained how Tilak used ancient Indian mathematical technique based on Earth’s orbital motion to fix the dates of the composition of the Vedas.

Tilak had composed the monograph –‘Orion’ based precisely on the technique and Vedic calendar system to fix the position of stars and equinoxes from references and clues which he had discovered in the Sanskrit texts. He found the position of spring equinox of the Gemini constellation which has two bright stars Castor and Pollux visible to naked eyes and dated this to 6000 BC and wondered whether some of the hymns in Vedas could correspond to that period. Using the references of constellations and stars in the Vedic texts and making use of cross references in several ancient Indian texts composed later, Tilak named the period 4000-2500 BC as Orion period as spring equinox was near Orion in this period. He mentioned that it was a period of unity of different clans of Aryans and they began to compose the Vedic hymns. He also fixed a Pleaides Period by fixing spring equinox in constellation Taurus based on the Vedic references and showed that it spanned a period 2500-1400 BC which he thought corresponded to migration of Indo-Europeans which had begun at the end of Orion period. So using literary references and actual predicted positions of constellations and prominent stars Lokmanya Tilak was successful in providing a debatable time frame to the period of composition of the Sanskrit Vedas and the migration of the first Indo Europeans.

Tilak had foreseen the sense of disbelief about the antiquity of the Vedas that he was claiming in ‘Orion’. So he wrote 127 years ago in his preface: “Some scholars may doubt the possibility of deriving so important and far-reaching conclusions from the data furnished by the hymns of the Rigveda, and some may think that I am taking the antiquity of the Vedas too far back. But fears like these are out of place in a historical or scientific inquiry, the sole object of which should be to search for and find out the truth. The method of investigation followed by me is the same as that adopted by Bentley, Colebrooke and other well-known writers on the subject, and, in my opinion, the only question that Sanskrit scholars have now to decide, is whether I am or am not justified in carrying it a step further than my predecessors, independently of any modifications that may be thereby made necessary in the existing hypothesis on the subject.”

How close or off the mark was Lokmanya Tilak before the birth of modern astronomy and archaeology in dating the Vedas and period of migration of Indo-Europeans? Scholars like Edwin Bryant (2001) expected decipherment of the mysterious Indus civilisation script to provide the correct answers. Most of the Western scholars drag the period of Vedas to 1500-1000 BC. Archaeological investigations into drying of the once mighty Saraswati River are not yet complete but after elucidation of the mystery of disappearance of the river, and more excavations in its projected catchment area from sub-Himalayan source to Arabian Sea is likely to settle the matter discussed in the ‘Orion” by Lokmanya Tilak. Scientists are confident that the phenomenon of drying of the Vedic Saraswati River occurred after the composition of the Rigveda. Lokmanya Tilak came very close to fix the date of migration of Indo Europeans within the period 2500- 1400 BC. However, carbon dating of the chariot riding warriors excavated at Sanauli, UP to 1900 BC has raised more challenging questions which would compel many Indologists to re-examine the Orion hypothesis.

Tilak did this work out of scientific curiosity and with emphasis on truth and objectivity and that’s the spirit all budding mathematicians and astronomers of India need to display while remembering Lokmanya Tilak’s legacy and scientific contributions.

So much to reminisce about IFFI

Keywords… and some key connections

To kill a baby