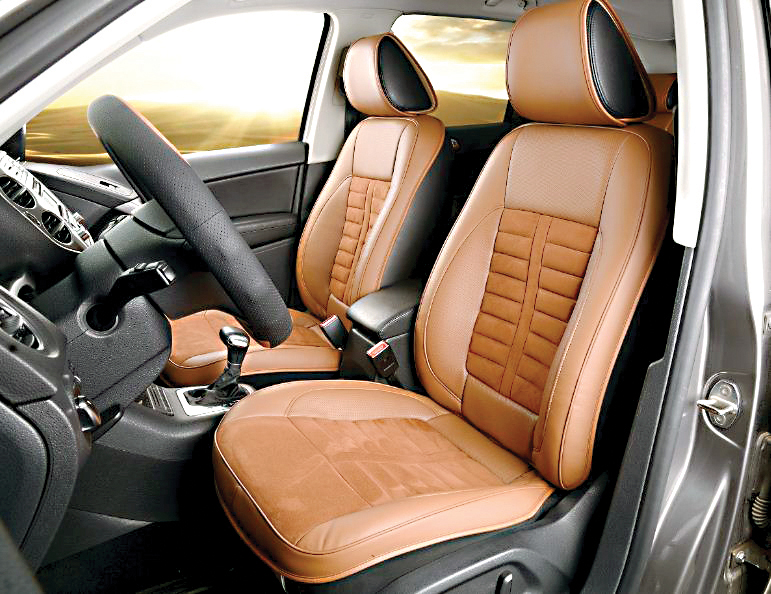 Many years ago I spoke to the Mercedes people in India and told them to stop using leather for their car seats. They didn’t ban it, but they made it optional. Now, the responsibility is on the buyers.

Unfortunately, very few rich people use their money judiciously. The more they make, the more they want to show other people that they are better than them. And this “better” involves eating strange things: cancerous livers called pâté, pregnant fish eggs called caviar, rare poisonous fish like fugu. Then there is killing old and blind wild animals while sitting on sofas: it’s called canned hunting in Africa, and also wearing crocodile, snake and zebra skins.

I could go on forever on how the rich spend their money to cause suffering and destroy the world. One of the most common ways is leather seats in their cars. 75 per cent of luxury cars use leather seats. PETA has calculated that 1.5 million car leather interiors are produced annually. It takes eight cow skins to make one car interior. 12 million cows are killed just for luxury cars in the United States alone. Multiply that with the cars of Europe and in India.

These are the car companies that use leather:

Why do rich people aspire to buy leather? The reasons given by the manufacturers and buyers are:

All three reasons are simply not true. Luscious feel and looks are completely subjective, and nothing could be more inelegant than resting your bottom on dead animals. So we will go on to the facts:

Leather has a peculiar smell. In order to turn cow and calf skin into leather, it requires several hundred chemicals, so dangerous that they kill all life in the waters in which the leather factories throw their waste. These chemicals seep out and pervade the air with their own odour. Get into a leather-using car: the smell is worse than cigarette smoke. In fact, all leather is soaked in the beginning in perfume. Once the perfume wears off, the seat goes back to smelling awful.

Leather is extremely high maintenance. Body oil and dirt collect on the surface and act like fine sandpaper, breaking down the protective chemicals on the dead skin so that visible cracks develop on the surface. No moisture is tolerated, so if you get in when it is raining, and you’re damp, you can harm the seats and cause an even more putrid smell. Sweat, alcohol can do the same. Leather absorbs dirt, spills, vomit, chocolate spots, pus and nose goo, which means it can stain and become discoloured easily. Leather is also easier to scratch.

Leather needs cleaning and conditioning every two months to keep it looking good. The cleaners cost as much as the seats. Some seats have to be taken off and given to a dry cleaner. Leather ages disgracefully. Nothing looks worse than worn out leather seats.

During the summer the seats can get hot enough to hurt you. If you leave the windows up on a sunny day the temperature in the car can exceed 200 degrees. This is because, unlike cloth, leather absorbs heat. Leather steering wheels can get so hot that they cause burns. It is impossible to immediately hold on to them, so air conditioners have to run for at least 10 minutes before you can get in. In summer, leather seat owners have to use towels or cloth coverings.

In winter, leather gets chilly and cold; so cold, that the car temperature goes down and heating has to be used – before you get in. While the top-of-the-line cars have heated armchairs, the less luxurious models still do not include them. And that means that in winter you will have a “frozen” armchair, and in the summer, one that will practically burn you if you dare to sit down after it has been left the sun.

When you first purchase the car, the new leather seats are very stiff. It takes months for the skin to become flexible and comfortable. By then it has absorbed so much oil and sweat that it needs cleaning with chemicals and then goes back to being stiff!

It is certainly not as cushiony as cloth or non leather.

Leather is extremely heavy. If you want a performance car – and I presume rich people want to travel fast as well – this is not the weight you need.

Most leather used for cars is not good. It has very little natural grain. The original hide of the cow was so scarred from the way it was treated that the tanner had to sand the skin down to make it even and scar free. The quality of leather differs depending how it’s sourced by each auto maker, so its durability is questionable.

Leather is very slippery. Every time you take a turn quickly, or have to stop at a red light, you will slide. Fabric grips better.

Leatherette looks like leather (if you are obsessed with dead skin). Since it is made of vinyl, it isn’t porous, and spilled food or liquid can be wiped off easily. This makes it easier to keep clean, and looking new, without using expensive and harmful
chemicals.

Mercedes Benz and BMW have developed faux leather which is difficult to distinguish from real leather. Alcantara, which is becoming popular in luxury vehicles, is a type of ultra suede made out of polyester. Nissan’s luxury range uses a soft material called Sofilez, which is much better than leather.

Look at the suffering leather causes. Look at the videos of PETA on YouTube on what happens in Brazilian ranches – the main suppliers of car seat leather. The video shows workers branding calves on the face, and electro-shocking and beating gentle cows and bulls. Their throats are cut while they’re still conscious and able to feel pain, and their skins are pulled off. A new animal entrant for the rich is lambskin. Is this pain worth your bottom-rest in a Jaguar, Toyota, Volkswagen, and Volvo?

The extraordinary thing is that people in India, who have leather seats in their cars, will always put a towel cloth over them so as to preserve the leather and not get it dirty. So you never see it anyway!

Remember that saying “God has no respect for money. Look at the people he gives it to.”

So much to reminisce about IFFI

Keywords… and some key connections

To kill a baby