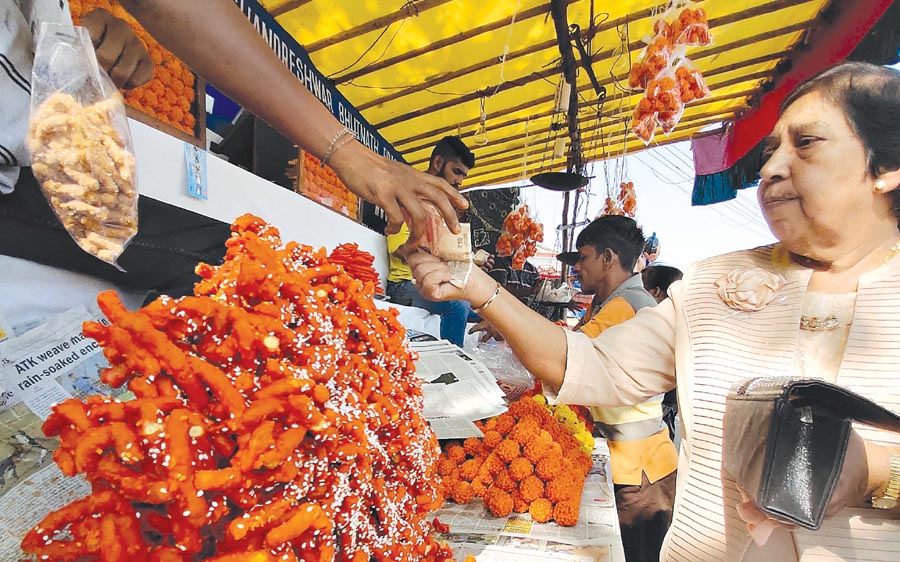 The PCI has also succeeded in acquiring GI tag for chillies cultivated in Harmal village in Pernem taluka and Myndoli Kelli, the unique bananas grown in Moira village of Bardez taluka.

Coming out with this information, director of science and technology Levinson Martins told  ‘The Navhind Times’ on Friday that efforts are being made to get the same status for cashews and Mankurad mangos cultivated in Goa, besides for Bebinca, a Goan dessert; Khatkhatem, the Goan mix vegetable gravy; coconut vinegar; fish curry-rice and brinjals grown in Taleigao.

Martins said the science and technology department along with the respective associations of producers/cultivators of these products had applied to the GI Registry for a GI tag, earlier this year, followed by a presentation.

“In fact, the department had to take initiative to form these associations,” he said, adding that his department was a facilitator to the All Goa Khaje Producers Association as well as associations of producers/ cultivators of Harmal chillies and Myndoli bananas in obtaining the GI tag.

Martins further stated that GI tag is used to identify agricultural, natural or manufactured goods originating in the said area.

A GI tag also facilitates the mass production, preservation and packaging of products, and above all makes such products commercially viable.

The science and technology director said that contrary to general perception that Bebinca is a Portuguese dessert, it is actually a Goan sweet dish.

“We tried to find the origins of this dessert and found no trace of the same to Portugal,” he noted, maintaining that now a GI tag is also being sought for Bebinca.

Goan Khaje, commonly referred to as ‘Kaddio-boddio’ is a sweet delicacy, which originated centuries ago in Goa. It is a fried sweet item prepared using ingredients such as chickpeas flour, ginger and jiggery along with addition of sesame seeds. Shaped like finger-sized sticks, Goan Khaje is encrusted with jiggery, infused with ginger and sprinkled with sesame seeds. It is considered a healthy snack.

Harmal chillies are grown only in Harmal village and adjacent areas of Pernem taluka, and known for their high level of pungency. The skin texture of these chillies is not wrinkled and they have longer shelf life.

Myndoli bananas grow on a huge and tall banana plant, and are long and tusk shaped fruits having yellowish-golden colour. They are also known as Moira bananas as they were originally grown in Moira village. Today they are found to be cultivated in Bicholim and Pernem talukas.

These bananas are supposed to have longer shelf life as also carry less seeds and more sweetness.

Man dies after getting trapped in roughing machine